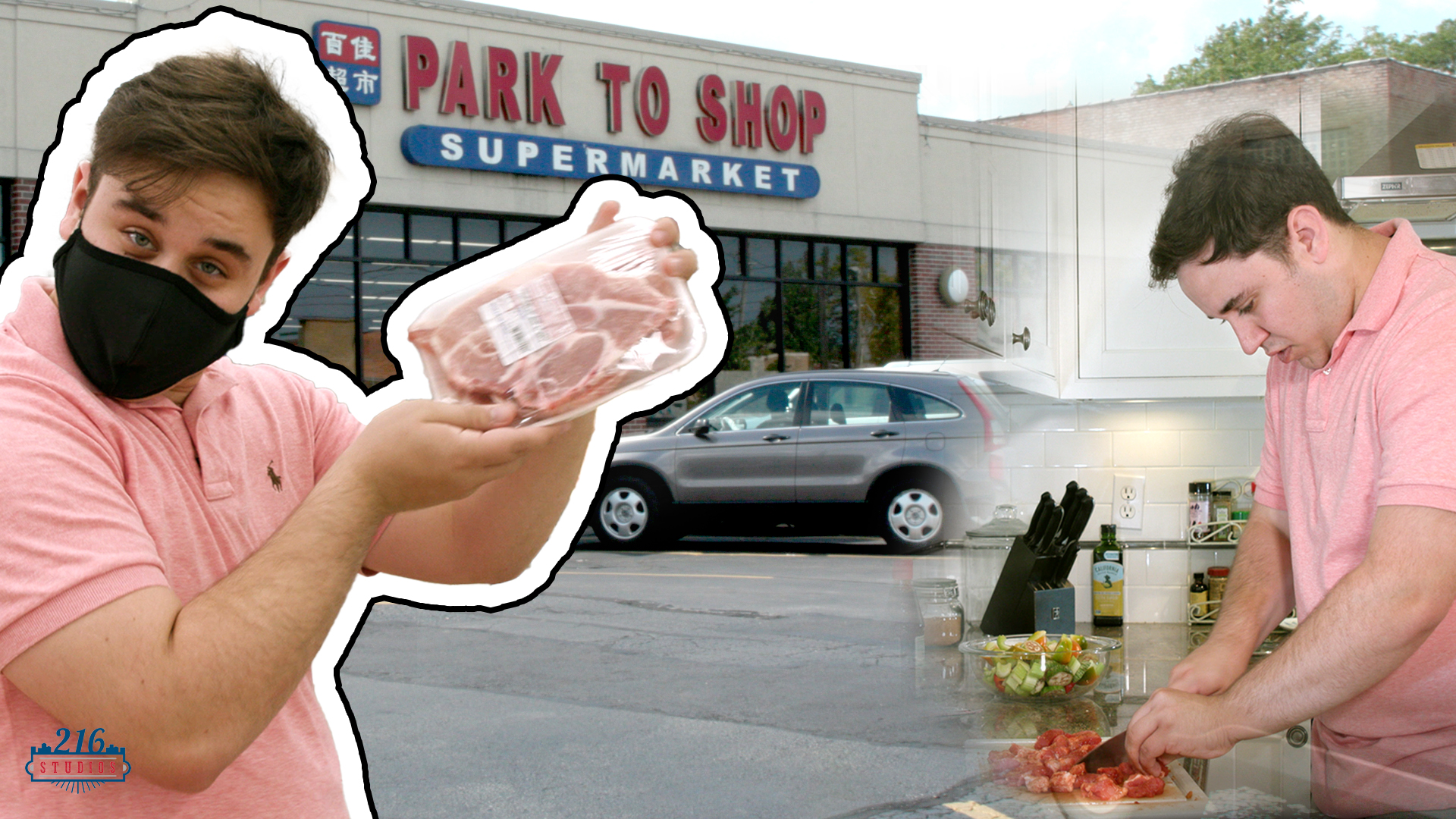 Join Grant as he explores Cleveland's Asia Plaza and gives everyone his best try at cooking stirfry!

The Story
Transcript
written on
October 21, 2021

Going to Asia Plaza was one of my first experiences really diving into one of the many ethnic neighborhoods around the city of Cleveland. Driving around and seeing many different types of restaurants focused on asian cuisine, shops, and groceries really opened my eyes to how diverse and inviting this city really is. We decided to take a different route on this video as compared to the rest of the “Grant Explorers” series where after shopping I attempt to make something out of what I discovered! Sure we could have done something similar after going to Westside Market, but with this we decided on doing a little bit of a challenge as to really dive into my experience. I was going to cook a meal with the food items I purchased from the store.

When I first walked into the grocery store I was a little overwhelmed. I wouldn’t say I am the most sheltered person when it comes to experiencing other cultures. I love all types of food from all around the world. I have traveled outside of the country to Europe and to Mexico, but this was a different experience. I feel like a lot of the times I have traveled or ate at an Indian restaurant, it was still tailored to me, an English speaking American. Going into the grocery store, It was almost like being in a different country. While there still was English here and there, the majority of the food within was all in a foreign, and I basically had to inspect labels or look at pictures to really tell what I was looking at. So I really had to piece together everything that I was getting.

Beyond this, I am what you would call a rookie in the kitchen. I like to keep it simple, the most prep you will see me doing is buying a fancy pasta sauce or marinating some chicken overnight. You will rarely see me preparing a multiple course meal, or even one with multiple sides all prepared by yours truly. Beyond that, I can easily see myself messing around and getting burned, or poking myself with something sharp in the kitchen. Needless to say, I stayed away from the kitchen when I was growing up, and my little brother was the one who took interest in cooking. So what else was I supposed to do but be the one that tasted what he was cooking! But, at the end of the day, I have always loved food, I have just never had that reason to actually attempt to cook something out of my comfort zone of pasta or chicken. So here we are now, I am in the middle of a grocery store focused on foreign cuisine, and figuring out something i can make.

Now, I may get some flak for this, but I decided to go with a stir fry. I know that this is typically “easier” compared to other things that I could have made. But cut me some slack! I really am not experienced in the kitchen and trying my best out here. We also did not go in with a recipe in mind so I felt as if I should do something that is a little hard to mix up. Walking around the store, I found some pork, multiple vegetables to throw in there, including some peppers which I really enjoy and some Chinese eggplants which were really interesting!

Finally making it into the kitchen, I made my first initial mistake in seeing that the rub I got for my pork was supposed to be sitting for 3 hours, I don't have that type of time! So I just went ahead and slapped it on that bad boy and got to work. I had a lot of trouble getting through the fat layer of the pork, so that was a little nerve racking having a knife in my hand and trying to cut around the parts of the meat that I couldn't even cut. But after the meat was prepared I moved on to the vegetables to cut them up. I think that I also made a mistake here, I cut every single vegetable way too large so in the final product it was just too much and hard to get it all in one bite. Then I began cooking things! Put the rice on to get ready to go, throw the pork into the wok to begin cooking. After the pork was heated up a little, the vegetables joined the meat and then the rice came in when it was ready. Topped everything off with some sauce I got and then we went, I made a stir fry!

I was actually quite surprised with how it came out, it tasted great! Like I said earlier, the peppers and other vegetables were cut way too large, but other than that the experience of eating it was good! I did make the mistake of biting into a whole chili pepper, which probably wasn’t smart to even throw them in there like that, but I regretted that slightly. I really did enjoy this experience, I was able to interact with another culture in a great way, and to actually make something that I enjoyed. Who knows, maybe we see my growth of being a reasonable chef really grow! And I hope that you join me along the way, and see me improve and not be a complete embarrassment.