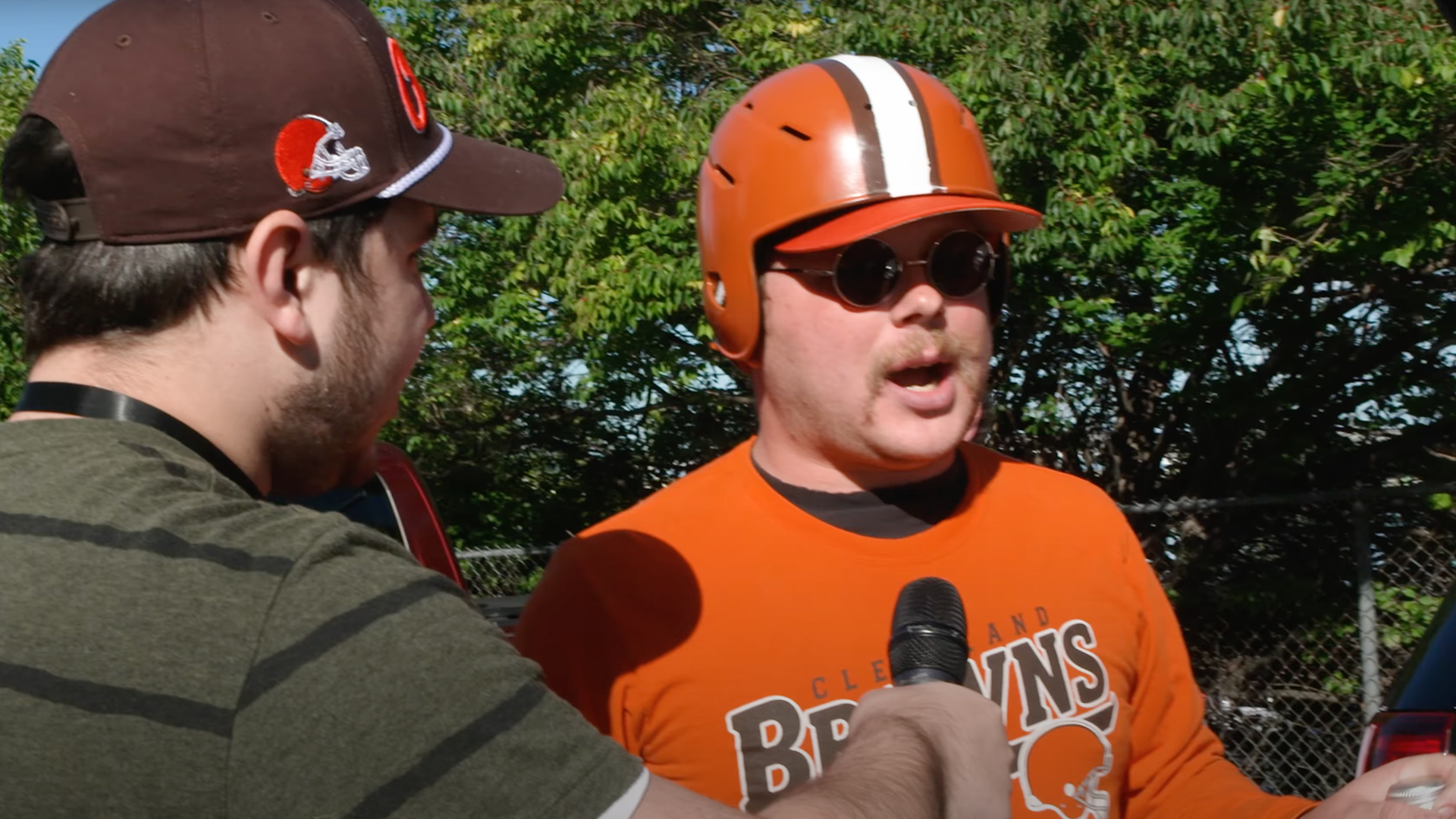 Food, fights, and fun! Is that what tailgating at a Browns game is like? Follow Grant as he goes tailgating in Cleveland for the first time.

The Story
Transcript
written on
October 7, 2021

For my whole life, I have been a fan of football, playing it from a young age up to when I graduated from high school. Taking on the coveted role of retired high school athlete. But other than playing, and especially after I was finished, I went into full fan mode. I wouldn’t even say I am a fan of a particular team or college, I just really enjoy watching football, competitive games, crazy catches, athletic moves, and big hits. Football is my favorite sport, and when I moved to Cleveland, I was interested in the Browns and the fans of the Cleveland Browns.

Now I don’t want to remind anyone of dark times, but being from outside of Cleveland, what I knew about the Browns was the struggles they had as a team. From a season with no wins, multiple coaches, and even more quarterbacks, it was not good for the Browns for a while. So the thought came into my head, “These fans have to be special to have survived through that and still be passionate about their team.” It’s easy to root for a good team. It's why we see people who bandwagon because they want everything in their lives to be easy. But, to be a fan of the Browns, from then to now, has been rewarding for the people of Cleveland.

Now it was time to see these fans in their habitat outside of the Browns Game! I’ve been to a fair few tailgates at football games, so I was expecting the typical tailgate, families hanging out with their grills, and some parking lot games like corn hole. Especially with the game being professional football I wasn't expecting too much, in my head and my personal experience, college football fans have always been crazier and more passionate about their school. But it seems like Cleveland had something else to offer.

I have never been to a tailgate, quite a Browns one, and I have been to some big football games too, like a college football bowl game. I still can’t put my finger on what made this such a unique experience. It was a mix of generous people, passionate fans, and everyone was just so happy. It was all different types of people as well! People who have been fans for 40 years, children who were there, friends and families, and even the Bears fans - they were all so great. I had some great food. The people who cook food from the opposing city I found amazing, I am taking that idea. I even got a chance to play some classic corn hole, which I am a little rusty I will admit. Some of the tailgate setups were amazing too! I mean, of course, you got your classic trunk open, coolers out on the ground, and tables set up. But I saw whole bars set up, TVs for people to watch the game who weren't going in, and I even saw a fully-built custom Browns RV! The thing is too, this just wasn’t one focused pocket of Browns fans either, it was everywhere I looked, these amazing fans were everywhere.

At least in my head, I think I have a few reasons as to why this tailgating experience was so much better and different than my previous ones. One, the fans here in Cleveland are just beyond passionate about their football team. I mean yeah you can say some people have only come on recently because they have begun to turn it around, but a majority of the fans I met at the tailgate had been going to games for years and years. So to go through all of that and stay strong and have faith, I believe all of those fans are getting rewarded now. I also think that having such a weird football season last year with no fans has added even more excitement this year. Now it could always be like this outside of Browns games, or I just chose the right time to move to Cleveland. If it is either of those cases or both, I had such a fun time and I cannot wait to go back. Hopefully, I will be going to the game next time!