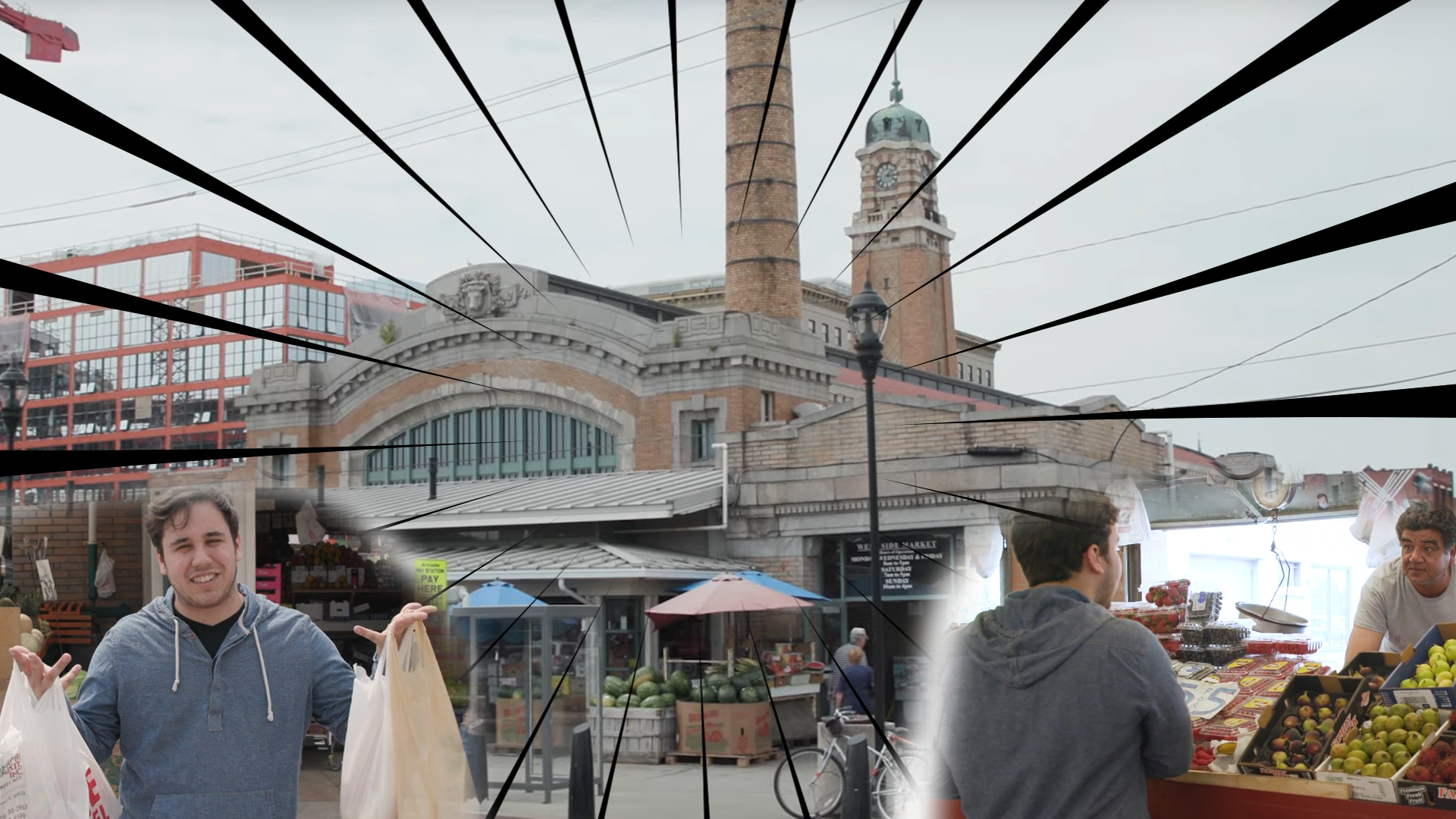 Grant, who just recently moved to the area is ready to explore! His first stop is Westside Market, come check it out with Grant!

The Story
Transcript
written on
August 11, 2021

The Westside Market is a staple in Cleveland, being around for nearly 200 years, I just had to go and check it out for myself. The great mixture of history as well as culture is what really drew me in and was a great introduction to what the city of Cleveland is all about. With over one hundred vendors selling everything like fruits, baked goods, an assortment of meats and much more I was so excited to see what my first experience was going to be.

When I first came into the market, I am not afraid to say I was a little overwhelmed, the number of stands as well as the choices was a little much to take in. But once I began walking around and getting a feel for it all I was really starting to enjoy it. I have been to markets in the past, such as a farmers market, but Westside wasn't anything like i experienced before. What I really enjoyed from the beginning was the feeling inside the market, it made me feel like I was taken back in time a little bit. Back to when things were simpler, people would go to a town market to get food for their families or sell their wares to make a living. Removed from the times of people shopping at massive super stores with fluorescent lights beaming down at you and thousands of brands in front of your face. Intertwined with the feeling I got while at the market was the building’s architecture which I really enjoyed. The tall arched roof, the brick pattern on the ceiling and the white walls, as well as the lighting -  furthering the feeling of being transported back in time.

After collecting my bearings a little bit the first vendor I stopped at was Ohio City Pasta. Pasta is definitely one of my favorite foods, and not being the best in the kitchen I feel quite confident that I can't mess it up. They have an assortment of noodle types like fettuccine, ravioli, gnocchi and many others. To pair along with the noodles they have a great selection of sauces, butter, and pesto, everything needed for a great meal. I decided to get some spaghetti, fettuccine and some vodka sauce - their bundles of pasta are the perfect serving size for one person. I made the pasta a few days after attending Westside Market, and the pasta had great texture and the sauce was some of the best I've ever had. For anyone going to Westside Market, I definitely recommend going to Ohio City Pasta and getting whatever peaks your interest, you will not be disappointed.

The next stop I made was at one of the few bakeries within the interior of the Market, Vera’s Bakery. While I am not much of a sweets person in general, I could not hold myself back when walking past the stand. Calling my name was pastries, cookies, cakes and it all looked delicious. I decided to get probably one of the largest swiss rolls I have ever seen in my life, topped off with vanilla buttercream icing and a Chinese cookie the size of my face. The swiss roll was moist and rich, pairs very will with a cold glass of milk. I didn't even get a chance to get my hands on the cookie as my girlfriend got to it before I could even try it! If that doesn't say what you need to hear about the cookie, then, she said it was delicious.

My last stop inside was Jim’s Meats, they have everything you could dream of when it comes to beef and pork. Sadly, I did not make any purchases, but once i get a grill going and before summer is over I know the place I am going to be stopping. I just might have to stop myself from getting every cut of steak there! Be sure to go check out our video with the Co-Owner of Jim's Meats, Minnie, for tips and tricks when preparing and ordering meats - as well as her story!

My final stop heading out of the market was the fruit stands outside, I was told coming in that we can wheel, deal, and haggle out there. As I have never really done this before, I was a tad worried I wouldn't be able to hold my own! But as I got going I felt like I hit a good groove! Tasting some fruits I have never had before and going with some classics that never fail to be good, I got plenty for the twenty dollars I spent!

My experience in Westside Market I think was perfect as an introduction to what the city of Cleveland is all about. A rich history, strong traditions that stand the test of time, as well as a diverse foundation of cultures and experiences. I was transported back to a simple time, and the reward I came out with was some delicious food. This isn't the last time I will be going to Westside Market, I will definitely be returning to a few of the stands I got the chance to go to, as well as trying some new ones!